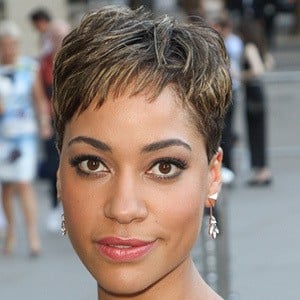 Actress and writer of the stage and screen who is notable on the latter for her role as Lucca Quinn in The Good Wife and its spin-off, The Good Fight. She also starred in ITV's Vera and won the Ian Charleson Award for her stage role as Rosalind in As You Like It (2011).

She was taking dance classes from the age of three. She trained at the Francis Cooper School of Dance from 11 to 15. At the age of 14, she left the Cator Park School for Girls and pursued acting more seriously at the BRIT School in Selhurst.

Her performance as Mark Antony in an all-female cast of Julius Caesar earned a Laurence Olivier Award nomination. She wrote and starred in a one-woman show called Josephine and I. She was appointed Officer of the Order of the British Empire in 2019 for her services to drama.

She was born to parents Angela (British) and Marx Jumbo (Nigerian) in King's College Hospital in Denmark Hill. She was the second of seven children. She and her husband Sean Griffin have a son named Maximilian who was born in 2017.

She acted alongside Christine Baranski in both The Good Wife and The Good Fight.

Cush Jumbo Is A Member Of