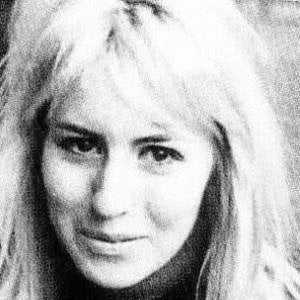 The first wife of famous Beatle John Lennon, she received much attention in the 1960s. In 1978, she published A Twist of Lennon, a memoir detailing her life both before and after her marriage to the "Imagine" singer.

She attended the Liverpool College of Art. In 1962, she met John Lennon, and the two were married within a few months.

In 1968, she discovered both John Lennon's affair with Yoko Ono and Ono's pregnancy. At this point, her six year marriage to Lennon ended in divorce.

She had a son named Julian with singer John Lennon. Between 1970 and 2002, she was married three more times: to Roberto Bassanini, John Twist, and Noel Charles.

She is the mother of musician Julian Lennon .

Cynthia Lennon Is A Member Of