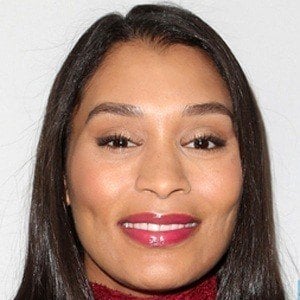 Actress most famous for her role as Daphne Keene on the Freeform family drama series The Fosters as well as its web-only spinoff, Girls United. She has also been featured on shows like Player and Wifey as well as in films like Reach Me (2014) and Wingman Inc. (2015).

She grew up in the northwest suburbs of Chicago, Illinois. She moved to Los Angeles, California shortly after graduating from Columbia College.

She wrote, produced and starred in her own one-woman stage show called Pieces.

She co-stars with David Lambert on The Fosters.

Daffany Clark Is A Member Of