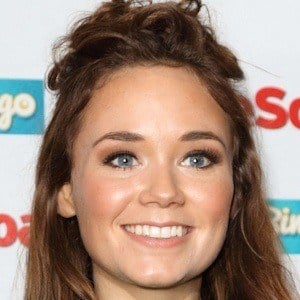 Most well known for her portrayal of Kim Butterfield on the British soap opera Hollyoaks, she is also notable for her singing and stage acting careers. She starred as Laura in the Olivier-nominated, original London production of the musical Dreamboats and Petticoats.

She began her career on the London stage during the first decade of the 2000s and appeared in her first Hollyoaks episode in January of 2014.

She toured Europe as Janet Weiss in The Rocky Horror Show.

She briefly played the sister of Rachel Bright's character on the soap opera EastEnders.

Daisy Wood-Davis Is A Member Of