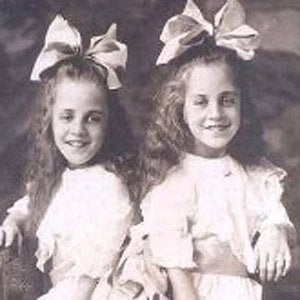 Conjoined twins who toured as a sideshow act during the 1930s, playing the saxophone and violin.

They were born joined at the hips, but shared no major organs. Their mother sold them to Mary Hilton, who raised them to be performers.

Mary Hilton and her husband used abused the twins physically while training them to be singers and dancers. They died at age 60 of the Hong Kong flu.

Their mother was Kate Skinner, an unmarried barmaid who was aided in childbirth by her boss, Mary Hilton.

Bill Russell provided lyrics for the 1997 Broadway musical about their lives, Side Show, which received four Tony nominations.

Daisy and Violet Hilton Is A Member Of

Born In 1908
Born in England
Aquarius