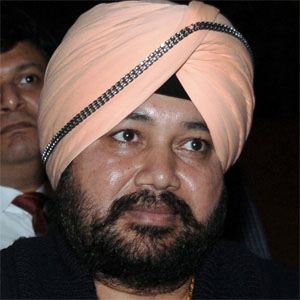 Indian pop singer, songwriter, and music producer who rose to international fame during the early 2000s.

He studied traditional Punjabi music in his youth.

He became a member of the Indian National Congress Party and began his political career in 2013.

He was born in Patna City in the northern Indian state of Bihar. He and his wife, Taranpreet Kaur, have four children.

Daler Mehndi Is A Member Of