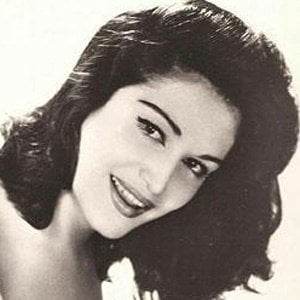 Egyptian singer and actress who released 55 Gold-certified records and was the first singer to earn a Diamond-selling record.

She began her singing career as part of a cabaret act on the Champs-Elysees in Paris.

She recorded and performed in over ten languages over the course of her career.

Her father Pietro Gigliotti was first violinist at the Cairo Opera House.

She released a cover of the Mina song "Parole Parole" in 1973.

Dalida Is A Member Of