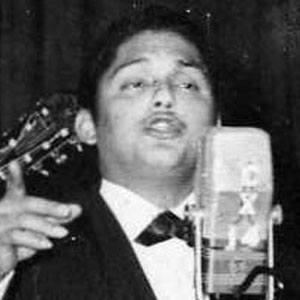 Ecuadorian singer who recorded more than 4,000 songs, including "Nuestro Juramento," during his nearly three decade-long career. He is remembered for having collaborated with other prominent Latin American artists, such as Alci Acosta.

He worked as a shoemaker and got his start singing at the radio station El Condor.

His popularity was so great that more than 250,000 Ecuadorian fans attended his funeral in 1978.

He married women named Irene and Maria and had a son named Francisco.

His most famous song, "Nuestro Juramento," has been covered by a variety of artists including Tania Libertad.

Julio Jaramillo Is A Member Of