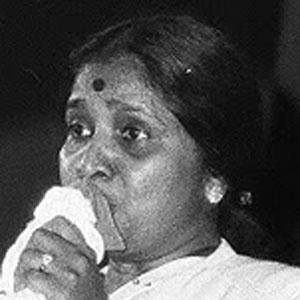 Known as Ashaji, she is a Bollywood playback singer who has contributed music to more than one thousand films.

She and her sister both took up singing and dancing to help the family make ends meet.

She set a Guinness Record for having the most recorded music ever.

She had a friendly sibling rivalry going with her sister and fellow singer Lata Mangeshkar. She was married to Rahul Dev Burman from 1980 until 1994.

She has worked with composer A.R. Rahman.

Asha Bhosle Is A Member Of