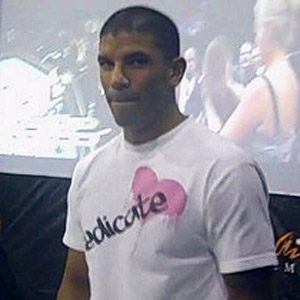 Welterweight who participated in the TV show "The Ultimate Fighter: United States vs. United Kingdom" and fought in the UFC from 2009 to 2012.

He joined the United States Army in 2000.

He earned his first professional win in 2005, beating David Rodrique in the first round.

His father died when DaMarques was 9 nine years old, so his mother raised him mostly by herself.

On August 4, 2012, he was knocked out in the second round of a fight against Mike Swick.

Damarques Johnson Is A Member Of