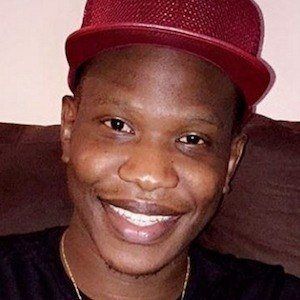 Instagram sensation and comedian who is known online as aphricanape06. He has attracted over 2,000 followers on Instagram.

Though he is mainly known for his Instagram videos, he also posts to his YouTube channel which he created in 2006. He has a BS in accounting, an MBA and an MS in management information systems.

He is a comedian, posting skits online as well as doing stand-up shows and hosting events such as weddings and birthday parties.

He has an older brother, an older sister and a younger sister. He has also featured his mother in his videos.

He is a Nigerian web star like King Paul.

Dami Olatunde Is A Member Of