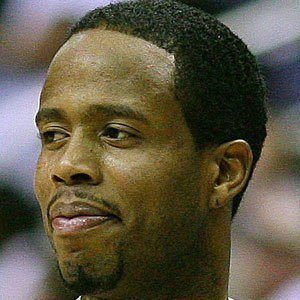 NBA journeyman point guard and shooting guard who played for 10 teams in his career.

He had a successful career at the University of Houston, but was not selected in the 1997 NBA Draft.

He had his best shooting season in 2004 when he hit 43.2% of his three-point field goal attempts.

He had a daughter named Teylor with WNBA player Tina Thompson.

He was teammates with Dwyane Wade on the Miami Heat during the 2004-2005 NBA season.

Damon Jones Is A Member Of