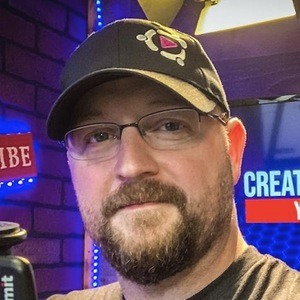 YouTube star who has gained fame for his Creator Fundamentals channel. His YouTube video-making and influencer-based tutorials and equipment reviews aimed at helping people become full-time YouTubers have helped his popularity grow immensely.

He earned his B.S. in Business Management from SUNY Polytechnic Institute in 2000 and his M.S. in Computer Information Systems a few years later. He launched his YouTube channel in April 2017.

He amassed more than 40,000 subscribers in his first two years on YouTube. He launched his own Currier Media LLC media company in 2018. He is also the founder of People of Video, a conference based in Albany, New York that helps content creators grow.

He has lived in Upstate New York. He is married with two children. He and his family have three dogs and two cats. Four of his five pets are rescues.

He has interviewed Derral Eves for his YouTube audience.

Dan Currier Is A Member Of