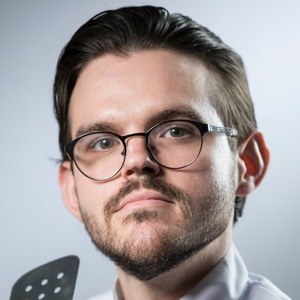 Pancake artist who is widely known for his Dancakes YouTube channel. He has gained widespread popularity for his pancake art alongside his friend Henry.

Prior to his internet fame, he had been working as a chef at the Courtesy Diner in St. Louis, Missouri. In 2013, a photo of one of his pancake art creations went viral.

He has amassed more than 250,000 subscribers to his YouTube channel. He appeared on The Today Show on the day before Thanksgiving in 2013 to promote his pancake art.

During his appearance on NBC's The Today Show, he drew Al Roker's portrait in pancake batter, which the latter then tweeted to his followers.

Dan Drake Is A Member Of