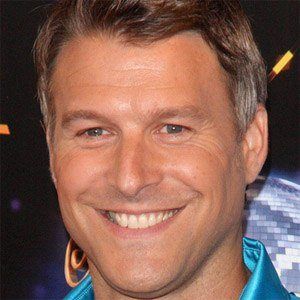 Presenter who joined Sky Sports in 2002 and worked on Sky Sports News and poker shows before moving to GMTV in 2010.

He played tennis at the University of Tennessee.

He played professional tennis for three years and reached a career-high British ranking of 18.

He was born in Colden Common, Hampshire, England.

He defeated Tim Henman in professional competition, something his TV colleagues teased him for mentioning frequently.

Dan Lobb Is A Member Of