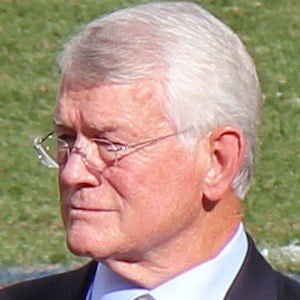 NFL star who played in two Super Bowls and coached teams in four other championship games.

As a player for the Dallas Cowboys, he finished fifth on the team's all-time rushing list.

He was the youngest head coach in the NFL when he took over the Denver Broncos, and led them to three Super Bowls.

He had three children with his wife and high school sweetheart Pam.

He played on the Cowboys for the great coach Tom Landry, who mentored Reeves on the basics of coaching.

Dan Reeves Is A Member Of