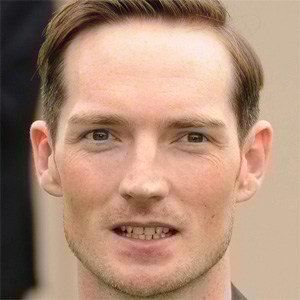 Guitarist and lead vocalist for the pop group The Feeling who was honored with the 2007 Stonewall Award for Entertainer of the Year.

The first band he played with was a pop rock group called Speedway.

He has been signed under the labels MCA Music, Inc. and Island.

He was born in London and attended the University of Westminster.

He was classmates with Amy Winehouse while attending The Ashmole School.

Dan Gillespie Sells Is A Member Of