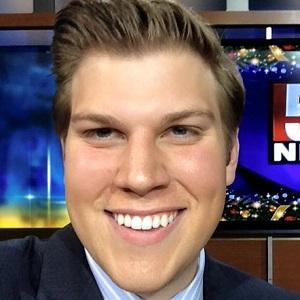 Award-winning news anchor and reporter in West Virginia who became a viral sensation for his showcasing his dance moves while on the air.

He graduated from Brooklyn College and lived in New York working as a desk assistant at a local TV station.

His dancing videos were featured on CNN, FOX News, MSNBC, HLN and E! along with many online publications, including Billboard magazine.

He has a twin brother named Donald as well as a sister.

On YouTube, you can see Thorn dancing to James Brown's "I Got the Feeling," Taylor Swift's "Shake it Off" or T.I.'s "Where They At Doe."

Dan Thorn Is A Member Of