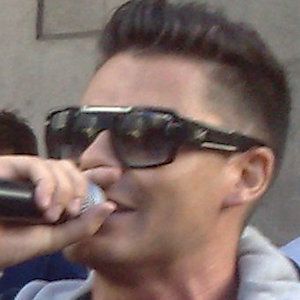 Singer, songwriter, and entrepreneur known as a former member of the New Zealand-based hip hop group Fast Crew. He co-founded, wrote for, and produced for the group.

He attended St. Peter's College, Auckland. He dropped out at age 17 to pursue music full-time.

As a member of Fast Crew, he released the single "I Got" in May 2003. The song peaked at #4 in the New Zealand Top 40 singles, and spent 23 weeks on this chart. Following the group's break-up in 2008, he embarked on a solo career. His first album, "The Experiment, was released in 2010. It received a New Zealand: Gold certification.

He was born and raised in Auckland, New Zealand. He has recalled his mother's reading of Shakespeare to him and his two younger brothers as a formative experience. He married model Nikki Phillips.

He has cited Kanye West as an influence on his own fashion sense, and on how he runs his Culet jewelry business.

Dane Rumble Is A Member Of