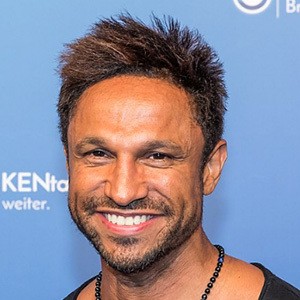 German multi-hyphenate who has had success as a television host, actor, singer, dancer, athlete and model. He's best known for presenting the program Taff and for acting in the series Verbotene Liebe.

He trained to become a professional soccer player as a teenager.

He began hosting a popular podcast called Make the Change.

His mother is German and his father is from Ghana. He has three sisters.

He appeared in the 2015 film Look Who's Back which starred Oliver Masucci.

Daniel Aminati Is A Member Of