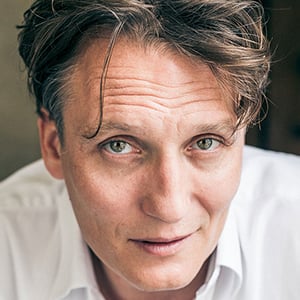 Actor who became known to many for playing Adolf Hitler in the award-winning German satire Er Ist Wieder Da (2015). He has had several recurring roles on German television, including Hagen Kutscha on 4 Blocks and Ulrich Nielsen on Dark.

He was raised in Bonn, Germany and made his acting debut playing the title role in the drama Andy (1992).

His work in Er Ist Wieder Da earned him a German Film Award nomination for Best Performance by an Actor in a Leading Role.

His mother is German and his father is Italian. He has children.

He plays the father of Moritz Jahn's character on Dark.

Oliver Masucci Is A Member Of

Dark
Tribes of Europa
Look Who's Back
52 Year Olds