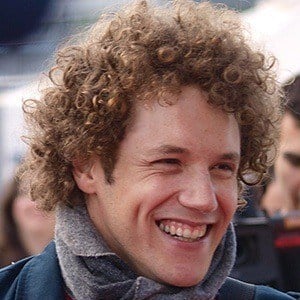 Singer who originally found stardom as an actor and host, appearing on the teen drama Nada es Para Siempre and hosting children's shows like Max Clan. His transition to music saw him finding major success with singles like "Algo Pequeñito," with which he represented Spain at the 2010 Eurovision Song Contest.

He won the Premio del Teatro Musical award for Best Breakthrough Actor for his performance in the musical Hoy No Me Puedo Levantar.

He has dated actress Alejandra Ortiz-Echagüe. He has a son named Galileo.

He imitated Whitney Houston on the singing show Your Face Sounds Familiar.

Daniel Diges Is A Member Of