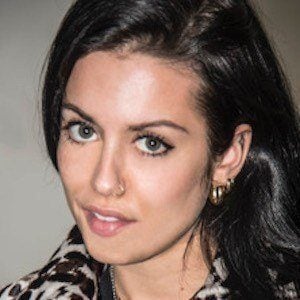 American television personality who rose to fame as a hostess on VFiles' online shows Danielle Live and the QVC spoof VFiles Shopping Network. She is recognized for having interviewed several fashion industry veterans.

She was hired by VFiles as a retail manager in 2013.

She and VFiles hosted a runway show at New York's Fashion Week in 2016.

She is originally from Philadelphia, Pennsylvania.

One of the first shows she hosted, Out Here, once featured guest musician ASAP Ferg.

Danielle Greco Is A Member Of