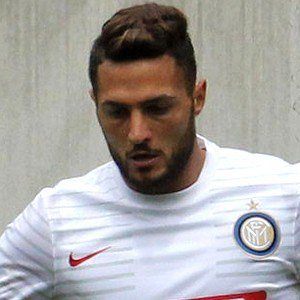 Italian full back who joined Torino in 2010 and helped the club earn promotion to Serie A in the 2011-2012 season. After four years with the team, he signed with Inter Milan in 2014.

He played his youth soccer with Salernitana and Fiorentina before making his senior debut with Potenza in 2008.

He represented Italy at the U16, U17, and U21 levels before earning his first senior international cap in 2017.

He was teammates with Matteo Darmian while playing for Torino.

Danilo D'Ambrosio Is A Member Of