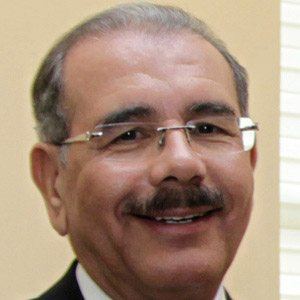 Affiliated with the Liberation Party, he served, beginning in 2012, as President of the Dominican Republic. Previously, he had held office as his country's Secretary of State.

In 1984, he graduated from the Instituto Tecnologico Santo Domingo (INTEC) with a degree in economics.

During the mid-1990s, he presided over the Dominican Chamber of Deputies.

A direct descendant of Dominican Republic founding father Francisco del Rosario Sanchez, he grew up in the San Juan Province with seven brothers. He later married Candida Montilla and became the father of three daughters.

He and Salvador Jorge Blanco both held office as President of the Dominican Republic.

Danilo Medina Is A Member Of