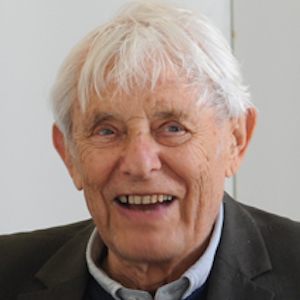 Welsh poet and fiction writer known for After Every Green Thing, Ask the Bloody Horse, Ash on a Young Man's Sleeve, and numerous other works. His 2006 poetry collection, Running Late, received the Roland Mathias Prize.

He studied medicine in Wales and England and worked as a medical specialist for thirty years.

He was born into a Jewish family in Wales and was the younger brother of Wilfred Abse, a psychoanalyst. His other brother, Leo Abse, was a prominent politician.

He mourned the death of his wife, Joan, in The Presence, his 2007 Wales Book of the Year Award-winning memoir.

He and fellow author Ken Follett were both of Welsh origin.

Dannie Abse Is A Member Of