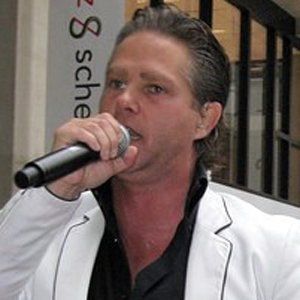 Pop singer/songwriter who is recognized for having performed the title song of the film Ik Voel me zo Verdomd Alleen. The song would go on to hit the number one spot on the Dutch top 40 chart.

At the age of thirteen, he was cast as the lead in the film Ciske de Rat.

He married Jenny Sluyter in 1998, and the couple had two children.

He was photographed with world renowned DJ and music producer Nicky Romero in June 2017.

Danny de Munk Is A Member Of