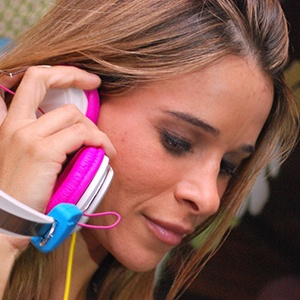 Brazilian model and actress who played Valéria in the telenovela O Clone in 2001. She also made an appearance on Corpo Dourado, Da Cor do Pecado, and O Astro.

She started her career by working as a stage assistant on the TV show Huck's cauldron in 2000.

She was raised by a single mom, Teresa Soares.

Dany Bananinha Is A Member Of