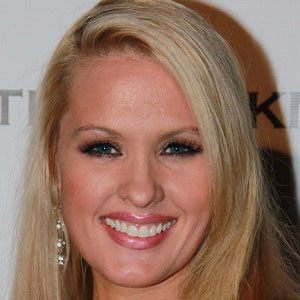 Notable for her guest spots on Passions, My Name Is Earl, Entourage, All My Children, and Parks and Recreation, Donovan is also recognized for her work in films such as Break Point (2014) and Life's a Beach (2010).

She made her screen acting debut in the 1999 horror movie Lycanthrope and went on to appear in episodes of the television shows Robbery Homicide Division and Nip/Tuck.

A recording artist as well as an actress, she released the pop music album Distraction on iTunes in 2008.

She spent her earliest days in Miami, Florida, and the bulk of her childhood in Nashville, Tennessee. She later relocated to Los Angeles, California.

She appeared alongside AnnaSophia Robb in a 2013 episode of The Carrie Diaries.

Darcy Donavan Is A Member Of