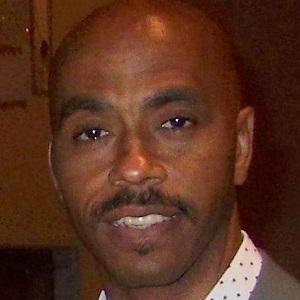 Guard who spent 10 years with the Utah Jazz and earned the nickname "Mr. Dunkenstein."

He played at Lousiville, where he was named Most Outstanding Player of the Final Four after leading the team to victory over UCLA in the championship game.

He averaged 20.6 points per game in his rookie year and went on to win the NBA Rookie of the Year Award.

He and his wife were photographed at the Fifth Annual Grand Gala in Darrell's native Kentucky.

He played the tail end of his career in Utah with Hall of Famer Karl Malone.

Darrell Griffith Is A Member Of