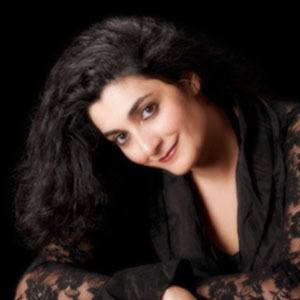 Soprano soloist whose performances in works like "Rostam & Sohrab - Shahnameh Ferdowsi" have made her one of the top classical singers in the Middle East. She has worked with many prominent orchestras in the region, including the Armenian Symphony Orchestra.

She grew up in Tehran, Iran and graduated from The National Conservatory in Toulouse, France.

Her performance of "Soltane Ghalbhaa" went viral, being viewed more than one and a half million times on YouTube.

Her mother's name is Nasrin.

Like Omid Soltani, she is a popular singer of American descent.

Darya Dadvar Is A Member Of