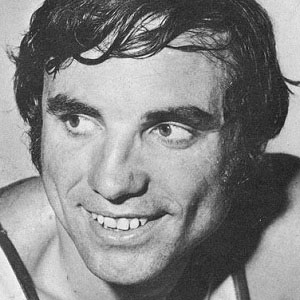 Hall of Fame NBA forward who was selected to 8 All-Star games and won 2 NBA Championships with the New York Knicks in the early 1970s; named to 6 straight NBA All-Defensive teams from 1969 to 1974.

He played college basketball for the University of Detroit and was drafted by the Detroit Pistons in 1962.

He had three kids, Peter, Dennis, and Michelle, with his wife Geri.

He and Walt Frazier were teammates on the New York Knicks NBA Championship teams in 1970 and 1973.

Dave Debusschere Is A Member Of