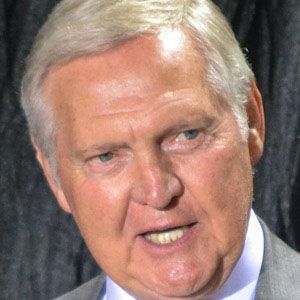 NBA Hall of Fame guard known as "Mr. Clutch." He won an NBA Championship with the Los Angeles Lakers in 1972 and was named NBA Finals MVP for the Lakers in 1969 despite the team losing to the Boston Celtics in seven games. His silhouette became the image for the NBA logo.

He became general manager of the Lakers in 1982 and helped the franchise win six NBA Championships before he became GM of the Memphis Grizzlies in 2002.

He married Karen Bua on May 28, 1978 after divorcing his first wife and college sweetheart Martha Jane Kane in 1976. He and Martha had three sons together named David, Mark, and Michael. With Karen, he had two more sons named Ryan and Jonnie.

As general manager of the Lakers, he helped bring the great Kobe Bryant to Los Angeles.

Jerry West Is A Member Of