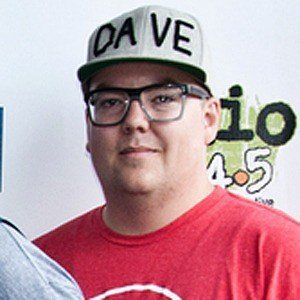 Canadian rock singer whose best known as a member of the indie folk group The Strumbellas. His band rose to fame from hits such as "Spirits" and "We Don't Know" off their album Hope, which peaked at number three on the Canadian charts.

He joined the group after frontman Simon Ward posted an ad looking for musicians on Craigslist in 2008.

His group's album We Still Move on Dance Floors won a 2014 Juno Award in the Roots & Traditional Album of the Year - Group category.

He and the group formed out of Toronto, Canada.

He and the band performed their hit single "Spirits" on The Late Show with Stephen Colbert.

Dave Ritter Is A Member Of