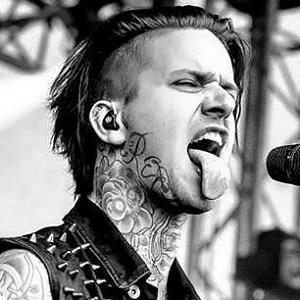 Lead vocalist and bass guitarist for the English post-hardcore band Glamour of the Kill (GOTK). The band's EP, After Hours, was released on his birthday in 2014.

He went to primary school in York before moving to Tadcaster Grammar School for secondary education where he met band mates Chris and Mike and began writing music.

He, Chris, and Mike found drummer Ben Thomson on the streets begging for scraps in 2007. They took him in, bathed him, and fed him.

He was born in North Yorkshire, England where the band is originally from as well.

He and Kellin Quinn are both lead singers for post-hardcore bands.

Davey Richmond Is A Member Of