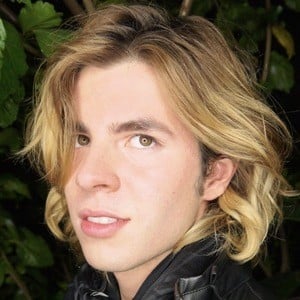 Story time creator and vlogger on YouTube who has accrued more than 330,000 subscribers to his self-titled channel. "CÓMO ACABÉ CON EL ACNE PARA SIEMPRE" was his first video to surpass 1 million views. He's also a part of the Los Jonas Vloggers web group.

He debuted on YouTube in October of 2010 with a video called "David Allegre Does MTV."

He became known for his trademark long blonde hair.

He is joined in Jonas Vloggers alongside Luis Rivas and Mickey Cundapi Bustamante.

David Allegre Is A Member Of