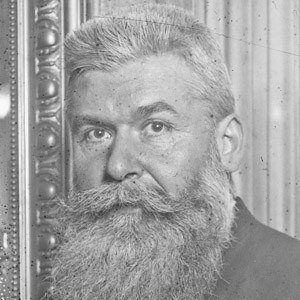 French Roman Catholic priest who was canonized for his missionary work.

He served as a vicar in a mission parish in Senegal in 1903.

He was awarded the Croix de guerre and the Légion d'honneur for his services as a chaplain during World War I.

His father was a coachman for the Marquis Durfort, a noble family in France.

Daniel Brottier Is A Member Of