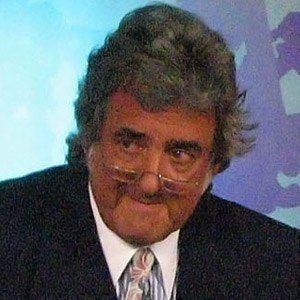 Best known for his work on such ITV and BBC programs as Dickinson's Real Deal and Bargain Hunt, this antiques expert also hosted a short-lived talk show called The David Dickinson Show.

He worked in the textile and airplane parts industries before devoting his life to the selling of antiques.

In his late teens and early twenties, he served three years in prison on charges of fraud.

Born to a biological mother of Armenian heritage, he was adopted as a child by an English family. His marriage to nightclub performer Lorne Lesley resulted in two children.

In 2004, he was replaced as the host of Bargain Hunt by fellow antiques expert Tim Wonnacott.

David Dickinson Is A Member Of