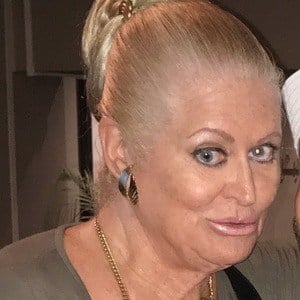 Born Patricia Mary McKenzie, she is a television personality who starred in Kim's Rude Awakenings and co-presented the program How Clean Is Your House? She participated in series 19 of the show Celebrity Big Brother.

She was employed as a social worker early in her life. Her first TV appearance was on Pebble Mill at One.

She wrote an autobiography called Unbeaten in 2006.

She has both a sister and brother who were born to parents Mary and Terrence McKenzie. She married Peter Woodburn in 1979.

She finished as a runner-up to chef Gino D'Acampo on the show I'm a Celebrity...Get Me out of Here! in 2009.

Kim Woodburn Is A Member Of