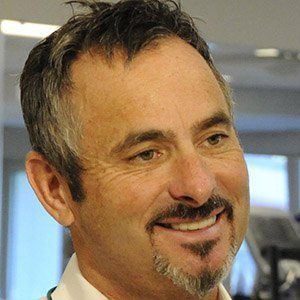 Former professional golfer who amassed five European Tour wins during his career. He later went on to become a broadcaster for the Golf Channel and CBS Sports.

He was born in Bangor and began his professional career in 1976.

He has lent his voice to the "Tiger Woods PGA Tour" series of golf video games by EA Sports.

His second marriage was to a woman named Anita. The couple have several children together.

He co-hosted the Lopez-Feherty Foundation Anti-Pro-Am in 2005 with comedian George Lopez.

David Feherty Is A Member Of