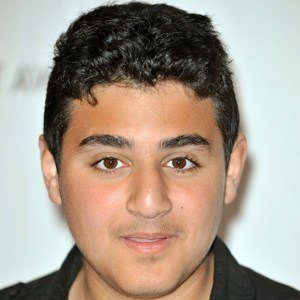 TV and film actor who is known for his recurring role on the Disney XD series Zeke and Luther.

He made a guest appearance on the Disney show Wizards of Waverly Place in 2007.

He won a 2009 Young Artists Award for his voice-over performance in the animated film Fly Me To The Moon.

He was born in Hollywood. He has a younger brother named Nick who is also an actor.

He had a small part in the film Easy A, starring Emma Stone.

David Gore Is A Member Of