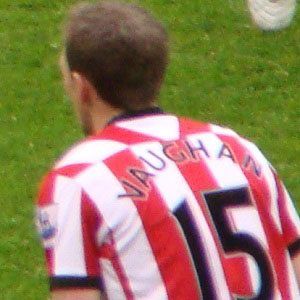 Central midfielder who won the Football League Championship in 2009-10 with Blackpool and became a member of the Wales national team.

In 1997, he began his youth career with Crewe Alexandra.

He signed with Sunderland in 2011.

He grew up in Abergele, Conwy, Wales.

He played under manager Paolo Di Canio on Sunderland and helped him secure his first victory with the team.

David Vaughan Is A Member Of