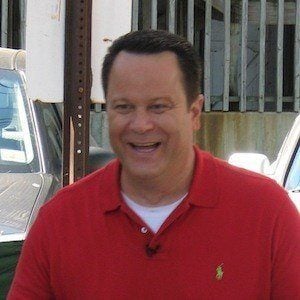 American television host and personality who is best known for his work on the show In the Kitchen with David on the QVC Network.

He studied journalism at the University of North Carolina at Chapel Hill. He was then hired by QVC in 1993 to promote gourmet food products through the station.

In addition to his work on television, he is also a published author and has sold over half a million copies of his cookbooks.

He was born and raised in Charlotte, North Carolina.

Other television personalities who have worked with QVC include Ellen DeGeneres, Kris Jenner, and Rachel Zoe.

David Venable Is A Member Of