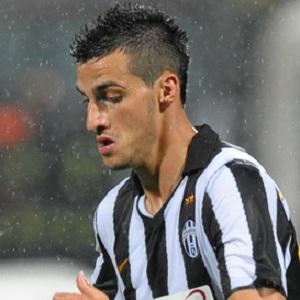 Italian winger and striker most famous as a member of clubs like AS Bari and Calcio Catania. He began playing for the Italian national team in 2008.

He played youth soccer for Juventus before making his senior debut with the club in 2006.

In 2013, he was suspended from the sport for sixteen months for his involvement in a match-fixing scandal while playing for AS Bari.

He has dated Claudia Sebastiani.

He was coached by Antonio Conte at AS Bari.

Davide Lanzafame Is A Member Of