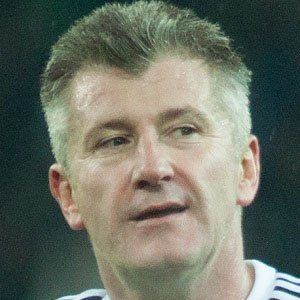 Star striker in various European leagues who also became the top goal-scorer on the Croatian national team. He retired in 2003 after scoring 203 goals in his 448-game club career.

He started playing organized football at age 16 with his hometown's team.

He grew up in Osijek, Croatia, when it was still part of Yugoslavia.

He and Alen Boksic were both Croatian-born stars who excelled in several European football leagues.

Davor Suker Is A Member Of