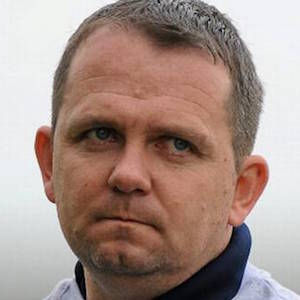 Irish former hurler who was known as one of the best goalkeepers in the world during his two decade-long career with for Clare and Sixmilebridge. He later became a successful hurling manager, winning the All-Ireland Senior Hurling Final with Clare in 2013.

He was born in Sixmilebridge, County Clare and first made a name for himself in hurling while attending St. Flannan's College.

He won the RTE Sports Manager of the Year award in 2013.

He has a son named Colm.

He and Henry Shefflin were both named to the 2005 All-Star Hurling Team.

Davy Fitzgerald Is A Member Of