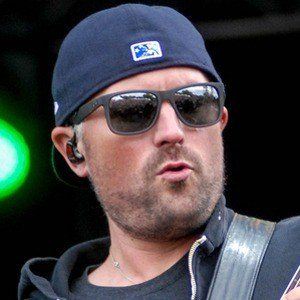 Canadian bassist known from the rock band Theory of a Deadman. They are best known for their #1 chart-topping hits, "Bad Girlfriend" and "Lowlife" off the US Billboard Hot Mainstream Rock Tracks chart.

He and Theory of a Deadman formed in 2001 and released their debut, self-titled album in 2002.

He and his band won New Group of the Year at the 2003 Juno Award and a Rock Recording of the Year from their Scars & Souvenirs album at the 2009 Western Canadian Music Awards.

He's originally from Vancouver, Canada. He has two children.

His band was the first act to sign with Nickelback frontman Chad Kroeger's 604 Records.

Dean Back Is A Member Of