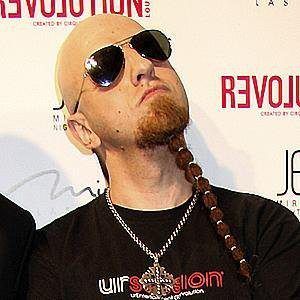 Armenian heavy metal musician and producer best known as the bassist for System of a Down.

He managed his first band, Soil, while studying psychology in 1993.

He is recognized for his long, braided beard, which has become part of his signature look.

His marriage to Sonia Odadjian began in 2009 and he has a younger brother named Dave.

He collaborated with Robert Diggs to released the 2006 album Achozen.

Shavo Odadjian Is A Member Of

System of a Down
47 Year Olds
Bassists
Taurus