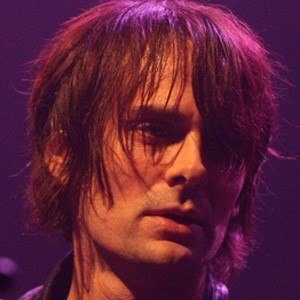 Rock singer and guitarist who also played the bass, piano, violin, harp, and numerous other instruments. He performed with such bands as The Waxwings and The Dead Weather.

Early in his career, he played with a band called Reigndance.

He played keyboard and guitar for a rock group called Queens of the Stone Age.

He grew up in Royal Oak, Michigan.

His band, The Waxwings, took its name from a poetic line from a Vladimir Nabokov novel.

Dean Fertita Is A Member Of