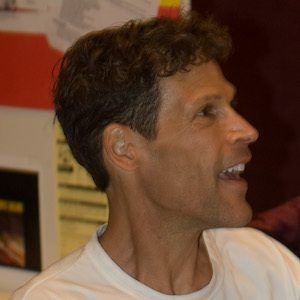 Ultra-marathon runner who ran 50 marathons in 50 states on 50 consecutive days in 2006. That same year he published the popular book Ultramarathon Man: Confessions of an All-Night Runner.

He hiked rim-to-rim across the Grand Canyon at the age of 11.

In 2007, he won the Best Outdoor Athlete award at ESPN's ESPY award ceremony.

He and his wife Julie Karnazes have two children.

He was photographed with billionaire entrepreneur Richard Branson in 2017.

Dean Karnazes Is A Member Of